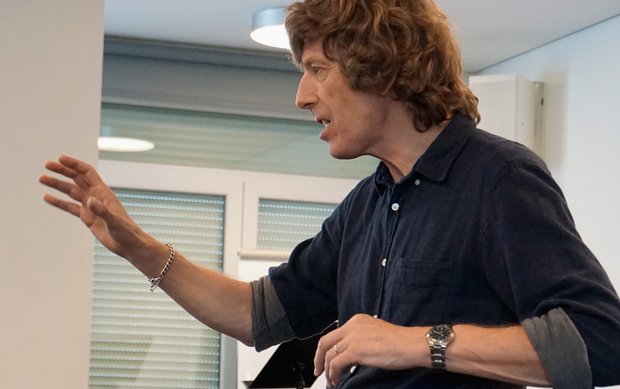 A Reading with Tim Bowler 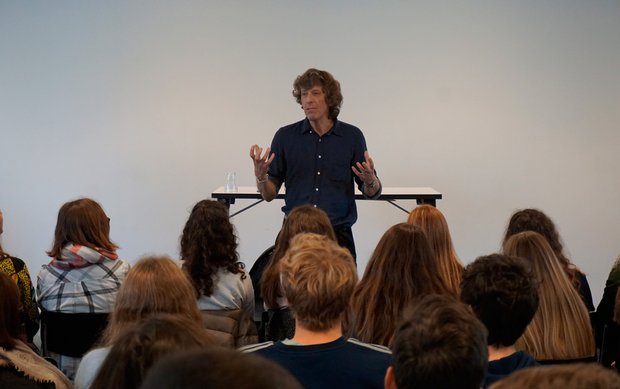 A Reading with Tim Bowler

The Author Tim Bowler wrote his first book at the age of 25. In this reading we listened and discussed his series ‘The Blade Series’. The English writer had a very enthusiastic way of telling his story, which was written from 2008 to 2013. His inspiration for this particular story is an objective past event. Although he does use past events, they aren’t always intentional. As he is an instinctive writer he often uses past events without knowing he is using them and later remembers the event. This was a question asked during the Q&A (Questions and Answers). His interaction with the audience included everyone. He used sarcasm, a good sense of humour, corny jokes and metaphors to catch our attention. During the discussion Mr Bowler talked about many of his past experiences – a very open thing to do in front of a whole crowd. In the past he had gone hitchhiking in Europe, he even visited Switzerland and enjoyed everything apart from the high prices. He stayed for a total of five hours.

To Tim Bowler writing is a form of art, which is often misunderstood. Misunderstood because writing isn’t as easy as an average person would think: ‘It is actually difficult because we use language every day.’ Bowler thinks of writing as entertainment. It isn’t needed for survival, which is why he claims it’s a form of expressing emotions and making your interior life more visible. He added by saying ‘Create your life’ and he himself pursues self-expression through his writing and advises to do the same. Not only did he say we should create our life, he also told us to be ourselves and to keep climbing the mountain. A very motivational speech for students at our age.

I’d like to thank Tim Bowler on behalf of all classes for coming back to Switzerland for these readings and making us the pleasure of getting to know him and his series.