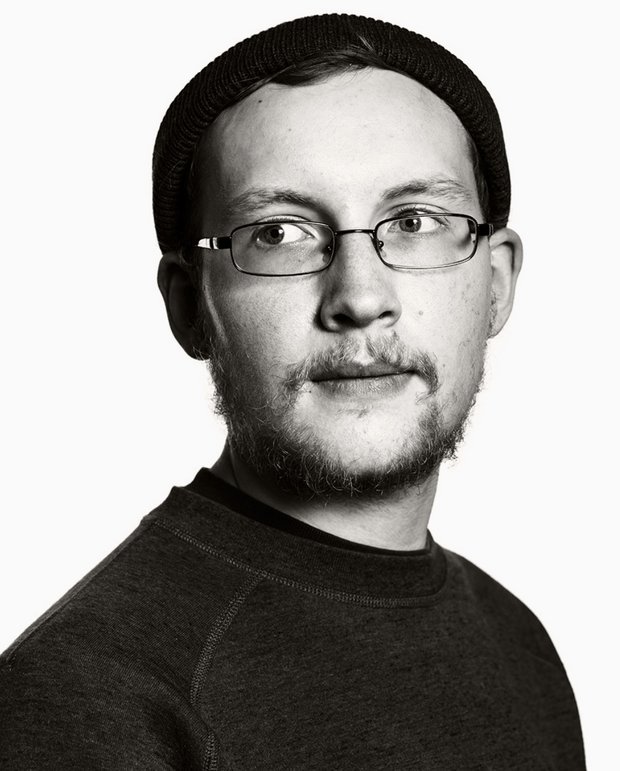 The reading started with a short introduction on the author. He told us about his childhood and his first time writing a story. It was when he was six years old and he wrote a Hobbit fanfiction without even knowing how to write. His mother had read the books to him at this age and he absolutely loved the story. That’s why he wrote his own fanfiction.
Stefan Bachmann plays a lot of instruments like the piano, the recorder and others, but his favourite is the piano. “The others I play very badly”, he said. He graduated from the Zürich University of Arts with degrees in music composition and theory. But he wanted to become an author instead of becoming a musician.
After his introduction, he started to read a short story about a little girl finding a “skingarden” behind the walls of her room. In the skingarden there is a little boy taking care of all the flowers. There is a flower for each human being. The girl likes the flowers, but she cuts one of them and at the same time the flower falls into two pieces, the little boy does so too. The girl is shocked and runs back into her room. She never gets over this trauma and after a long time she meets the little boy again.
In a short q&a we asked him what his flower looked like and if he had a picture in his head. He said: “Good people have beautiful flowers, bad people don’t. I hope, mine is a beautiful one.” He also told us, he always knew the ending of the story when beginning to write it. Then it would be easy to find the parts in the middle.
On his homepage it says: “It is easier to be a funeral musician than a wedding musician.” He explained: “On a wedding, everyone expects perfection. On a funeral, they are just sad and don’t even recognise you.”
The reading with Stefan Bachmann was very relaxed and a nice experience.