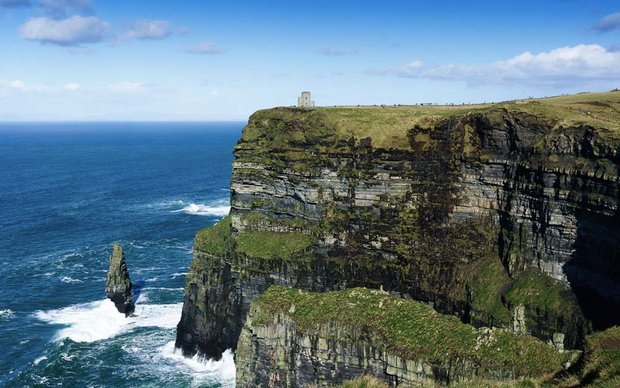 Students and the Sea 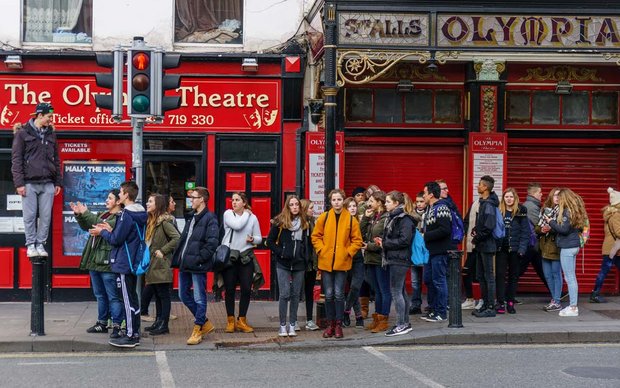 Monday
The trip started early in the morning at the airport, where we all met. The flight was at 9:20 and we arrived in Dublin at about 9:40, although the flight lasted for more than one hour. There is a time difference in Ireland of one hour. We first went to the hotel and left our luggage there. After an individual lunch we came back to the hotel and got the keys for our rooms. In the afternoon we had a 3-hour city tour on foot. We visited a lot of Dublin's interesting attractions like Dublin castle, the spire, which is 129m high, or the U2 hotel. After the tour we were somewhat exhausted so we used our free time to relax in the hotel, and then we went out for a dinner together. We picked a traditional Dublin restaurant in the centre of the city. We could come back to the hotel after dinner individually so we explored the city at night a little bit, and found that this city is beautiful in every possible way.

Tuesday
After having breakfast, we went to the Guinness Storehouse by tram. We went through the museum to learn how this traditional Irish beer is made. On top of the building is a panorama restaurant with an amazing view over the entire city of Dublin. After taking some non-alcoholic drinks (the drinking age is strictly observed in Ireland), we went down to visit the Guinness shop and to buy souvenirs. With our new purchases we were ready for lunch, but beforehand we had a sneak peak in the Chester Beatty Library where rare religious manuscripts are on display. In the afternoon everybody could go where they wanted in groups of three. We all went shopping and relaxed a little in the city. In the evening, we went to an Irish pub with a live singer, where we ate some traditional food. After this nice dinner, we went back to our hotel and we all went to bed.

Wednesday
On Wednesday we went on a day trip across the whole country to the cliffs of Moher.
We woke up really early and had breakfast in the hostel. Then we waited for our tour bus, which arrived half an hour late. But the bus driver was very nice so we soon forgave him. As we were driving out of the city, he told us things about the city and about some special buildings.
We made our first stop at a petrol station, at Obama Plaza, named after Obamas short stop there on his visit. After that we drove on until we reached our destination: the cliffs of Moher. We were astonished by the sight. It was amazing. We walked along the clifftop, tried not to slip in the mud and took a whole lot of photos.
When we had seen enough, we went back to the bus and drove to a little country pub. The food there was really good and we had a great time. After that we went on and stopped a few times on our way back home. We saw a little fishing village, another impressive limestone cliff, but not as high as the cliffs of Moher, and an old graveyard and abandoned monastery. We came home tired and very late but satisfied. The day trip was a full success.

Thursday
The morning was dedicated to two different museums. We walked to the first museum, which was about the famine in Ireland. It was on a ship that brought refugees of the famine to the United States and we learned a lot about the passage in a crammed and poorly ventilated space and the small food rations on board. The second museum was called The Little Museum, in which we learned more about the history of Ireland. Between the two museums we had time for sightseeing, shopping and eating lunch. We ate and saw some street dancers performing on Grafton Street. It was a great show. After the second museum we had free time for doing what we wanted. Nearly everyone went to the centre for shopping and just a few were interested in visiting the Old Library in Trinity College, Dublin’s oldest universitiy. In the evening we all had dinner in an Indian restaurant. The food was absolutely delicious and we enjoyed our last evening in Dublin. Back in the hostel we talked about the whole week. We found out that everybody enjoyed the week and we would all like to go back to Dublin soon. At 22:30h the lights went off and everyone went to sleep.