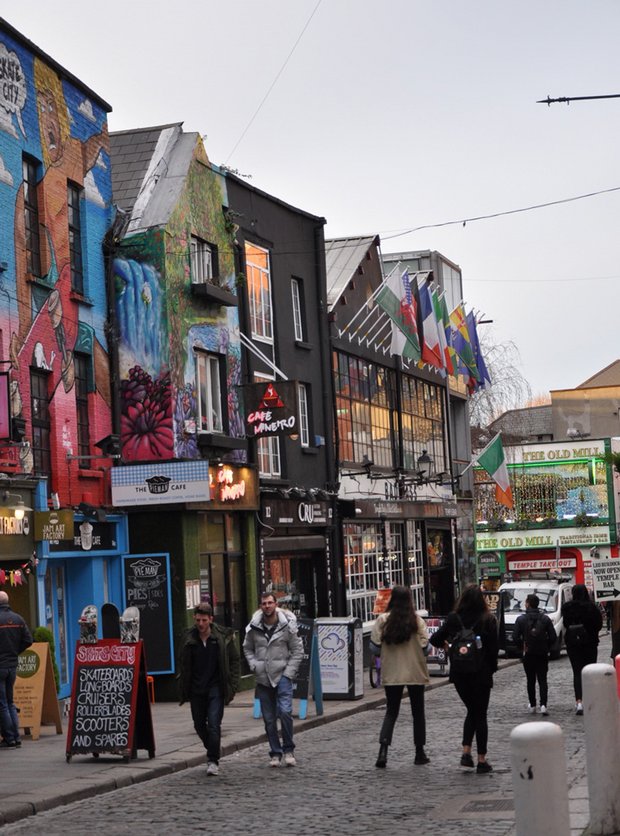 “She played the fiddle in an Irish band but she fell in love with an English man” – that was the beginning of our favourite part of our trip to Dublin – The cliffs of Moher and Galway! We were all very tired that morning because of how early we had to wake up to go to the bus. Once we put on music, though, we started singing and feeling more awake. Eventually, the sun began to rise and we could observe the beautiful landscape going past us. The grass was very green and not as dried up and yellowed as in Switzerland. In the fields, we could see cows and sheep enjoying their lives. Our singing was interrupted when Rocky gave us our safety instructions for the cliffs. It was pretty simple – don’t fall off!

We were very lucky that day, because there weren’t any other tourists there, and no fog to cover up the view. We had the whole place to ourselves. We followed a path that cut through the windblown grass to the cliffs, which rose up sharply from the sea. They were immense, carved out by the very wind that flew up from the ocean to tangle in our hair. Far below, waves crashed on the jagged rocks. We spent 40 short minutes walking along the edge of the cliff and back.

After we had seen the cliffs, Rocky took us all to a pub that had, supposedly, the best fish n’ chips in all of Ireland. None of us could disagree with him.