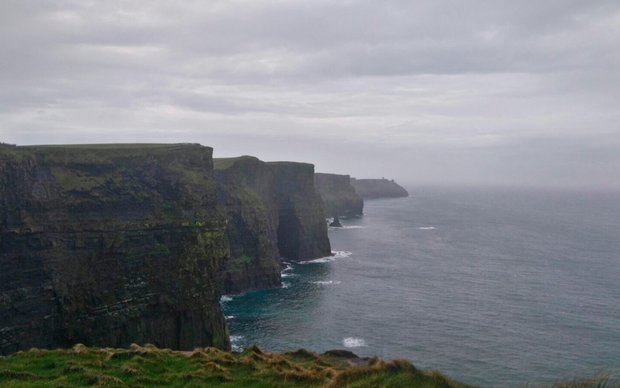 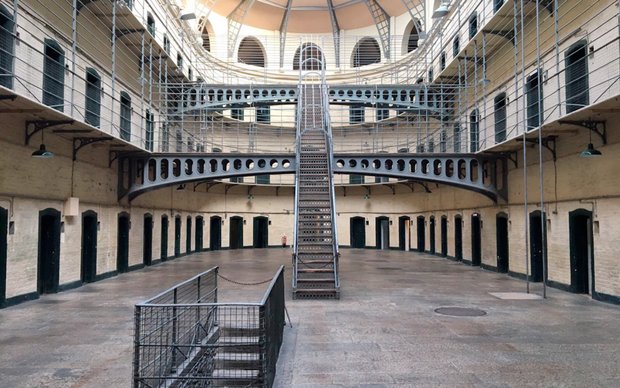 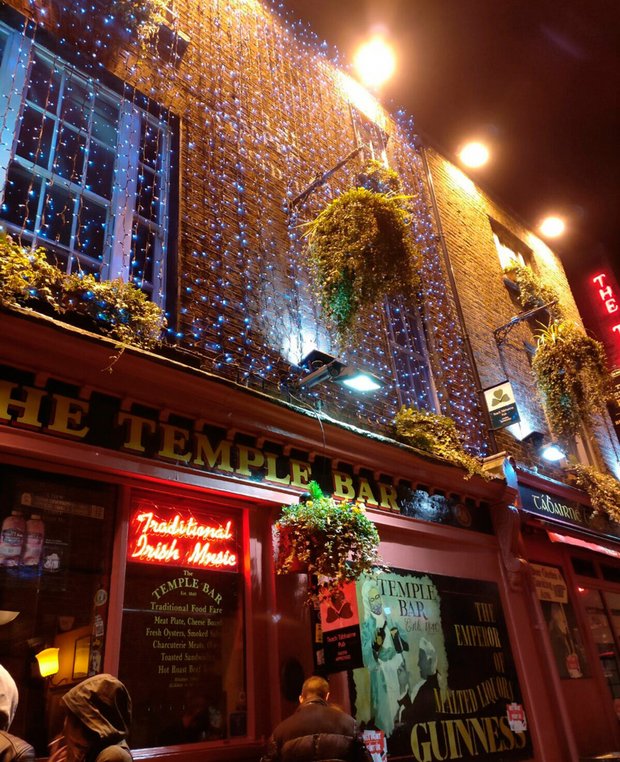 The Temple Bar in Dublin

Monday – 13.2.17
Full of excitement (and with a touch of tiredness) we met at Zurich Airport at around 7:30 in the morning. Our plane took off at 9:20 and landed in Dublin shortly after. After everyone was settled in at our hostel we went out for lunch in smaller groups, which was when we caught a first glimpse of how interesting Dublin is.

But then instead of resting after the flight we had more places to visit – we visited sights on our self-guided walking tour and later on went on a guided tour through the “Kilmainham Gaol”, an old and impressive prison. To end our first day we all ate dinner at a traditional Irish restaurant, surrounded by live music!

Tuesday – 14.2.17
After having breakfast we completed part two of our self-guided walking tour through Dublin. The tour was followed by a visit of the Leprechaun Museum, as Leprechauns are a famous and important part of Irish mythology. There we had a lovely guide who took us into the “Land of Leprechauns and Banshees”.

Then we had some lunch and continued our jam-packed schedule. We first visited Trinity College Library, with its famous Long Room and had a look at the Book of Kells among many other old and impressive manuscripts and first book editions. The second to last part of our programme was a guided tour through the city where we got loads of insights into Irish culture and history as well as stories behind famous sights like The Spire.

After that we all had dinner together and then happily fell into our beds, as tired as we were from exploring Dublin.

Wednesday – 15.2.17
Our day started very early: Our bus to the Cliffs of Moher already set off at 6:30, so we had to meet in the lobby at 6 o’clock. It, then,  wasn’t surprising that we all slept during the long drive even though the bus driver wanted to sing with us and tell a lot of stories about Ireland. After a four-hour-drive we finally reached the famous Cliffs of Moher and we had time to explore them on our own. The weather wasn’t the best (it was really windy) but we were so impressed by the Cliffs that it didn’t matter, though. Afterwards we went to a small pub where we ate lunch. But this wasn’t the end of our day trip: First we visited a well-known karst landscape called “Burren”. Burren is right by the sea and the view was absolutely amazing! Burren was followed by visiting a little chocolate factory where Irish chocolate is made. We could also buy and eat some chocolate there. After that, we drove back to Dublin. Some of us were listening to the driver, but the most were sleeping again. In Dublin we had dinner and then went back to the hostel. The day was great, but also very exhausting- so we all went straight to bed.

Thursday- 16.2.17
After having breakfast, we had some free time to explore the city in smaller groups. Most of us went shopping, because Dublin has an awesome shopping street called “Grafton Street”, which is the most famous shopping street in entire Dublin. During the morning we also had to make some videos of our stay there. As soon as we finished lunch, we had to take the train to Dalkey, a small village right by the sea. In Dalkey we visited the James Joyce Tower. The tower got his name because the famous Irish writer James Joyce had spent six nights there. First, a man showed us the inside of the tower, then we could go to the top. At the top of the tower we had an amazing view over the sea. After that, we had the chance to explore Dalkey on our own. It was really cold, so the most of us ended up in a coffee shop. In the evening, we all had dinner together and did an activity called “I really like…”. We enjoyed our last evening and then had to pack our stuff.

Friday- 17.2.17
The morning was kind of stressful, because we had to depart at 8:45 and a lot of us had to pack the last things and make sure that nothing was left behind. But in the end we all managed somehow and had plenty of time at the airport. At 2:25 p.m. we finally arrived at Zurich airport. We were sad that the week in Dublin was over, but we were also happy to be home again!